GAME JOURNALIST & SCREENWRITER
Overview:
The Station is an indie-developed title that focuses on exploration and puzzle-solving skills rather than combat. The game puts players into the shoes of a recon specialist who is tasked with traversing the barren Espial to find out what happened to the ship, its inhabitants, and to discover the nature of the hostile alien civilization. As the truth is uncovered behind the Espial, that truth will forever change the two civilizations.
​
Gameplay:
The Station has a style of gameplay that has a player walking around, picking up pieces of story, and trying to figure out what happened and what to do next. The meat of the gameplay revolves around puzzle-solving and item collecting. You have to collect certain items in order to progress through the game, and in order to get these items, you have to solve a puzzle. These puzzles are contextualized within the story of The Station, and this gives these puzzle an extra level of depth to them. While these obstacles are more contextualized, the puzzles themselves are not too hard, and I would almost argue that they were not hard enough. This is slightly forgivable since exploration rewards the player with more story and character complexity. 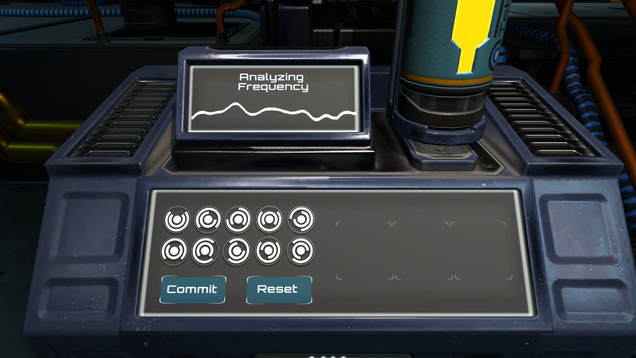 ​These puzzles range from finding small parts to fix a robot, returning tools to gain access to an ID that allows the opening of doors, and calibrating energy tanks by matching symbols. While not inherently part of the puzzles, players can also grab onto small object to examine them more closely, open draws, doors, and flick switches on and off. You can bring items closer to yourself, and in doing so, can also rotate the item as well. While most of the time it is not important for progressing through the game, it is something for the player to do. It is not the most perfect system, for rotating something just the right way to be able to read is more easily said than done. I would often times just tilt my head to read something since it was easier.

​Additionally, you can zoom the camera in to look at other objects in the world, but you cannot move and zoom in at the same time, which is a minor shame. That being said, The Station does do something pretty neat that compliments this. The player’s map, objectives, inventory, audio log database, and more, are presented to the player directly into the world; there is no dedicated pause screen for these things. You interact with buttons, maps, dialogue bits, and so on in real time in the world. It again is not perfect, but it was a neat and engaging way to interact with the world. 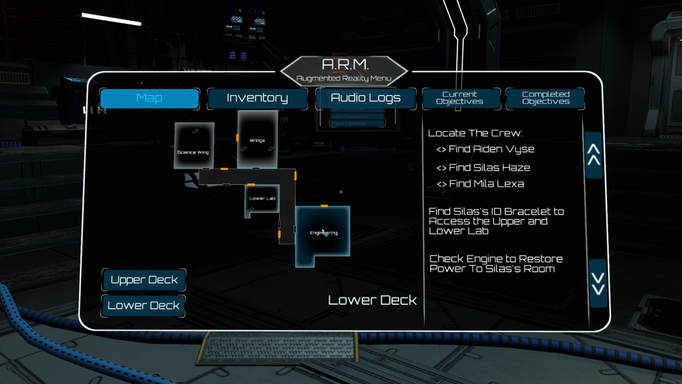 ​Game Design:
The game’s graphics are nothing to be scoffed at. Made in Unity, The Station boasts a creepily beautiful environment for players to explore. Lots of detail went into the environment, and it was a must for a game like this. Many books are scattered around the world for players to find, and they give an insight into the character that is assumed to own these books. The atmosphere is set up extremely well, and it does a good job at giving jumps at times. Although some of these jumps are cheap, there is one in particular that has a lot of character to it. 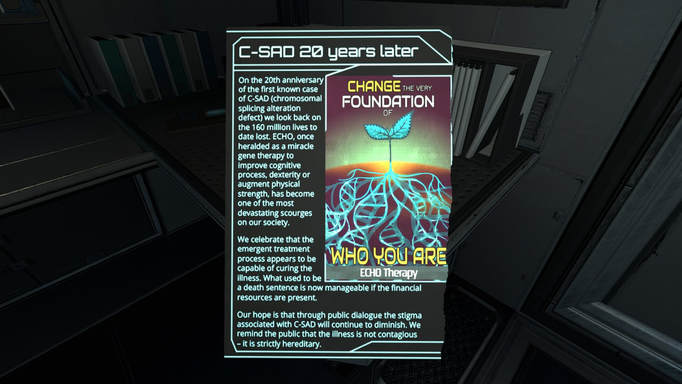 ​The music in the game was composed by the legendary Duncan Watt, who composed music for both Bioshock Infinite and League of Legends. The music adds to the tone of the game and fits perfectly well into the space setting as well. In addition, the sound design is handled very well, and little additions like walking over liquid or glass add to the immersion of the game.

Although there were no major bugs during gameplay, the game did crash when starting up for the first time, but everything worked fine once I booted the game back up again.

The biggest flaw with The Station’s design is easily its length. The ending to the game leaves much to be desired, and it could have easily gone on for another hour or so. While making a game like this too long is detrimental, having it be too short also hurts it a little. The world is immersive, and it could have gone on for much longer, and the ending of the game even felt a little rushed. It took me a little under two hour to finish the game, and for a $15 price tag, it can be a little hefty for some. This is magnified even more by the lack of replayability The Station has other than to complete all of the puzzle or find all the bits of story sprinkled throughout the ship.

Story:
The Station’s main draw, and its strongest point, is easily its story. With the story intertwined so closely with every other element of the game, it is difficult not to talk about it. The main objectives of the game are to find the three inhabitants on board the Espial, Aiden Vyse, Silas Haze, and Mila Lexa. While looking for these three, you find audio logs, small bits of dialogue, and letters written for and by the characters that give you a scope of their personal story, both with each other and their individual lives. The more you explore, the more complex each person’s story becomes. While not every bit of story needs to be discovered in order to understand the general scope of The Station, it does add in a meaningful way. 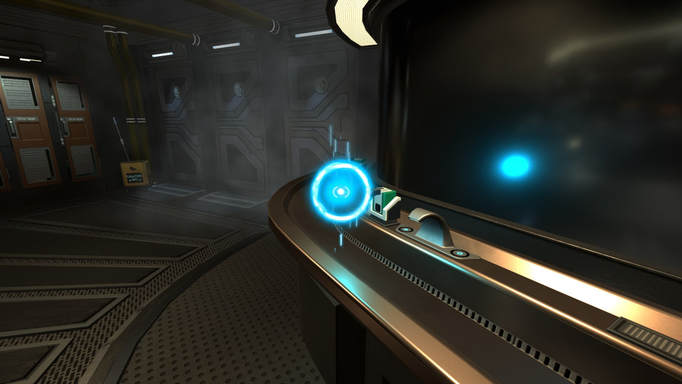 ​Small hints through the game give interesting world building elements, and also, as mentioned before, give more depth to each character. If searched for enough, the characters are complex with their own goals, motivations, and flaws. The game also gives just enough to make the player want to keep going through to find what happens next in the story. There is also a twist ending that is alluded towards towards the end of the game, and it did not feel too obvious, but again, the game ended too abruptly for things to really sink in. The ending is just pushed on you suddenly, but it was still a mostly satisfying story.

Verdict:
The Station offers an engaging story that relies and delivers convincingly through environmental storytelling, puzzles, and exploration. Technical issues and minor game flubs aside, the only major issues that stick out are its length, initial price tag, and the sub-par voice acting. Although it is hard to recommend to all to purchase at $15, anything around or below $10 makes this game a worthy play for the experience.